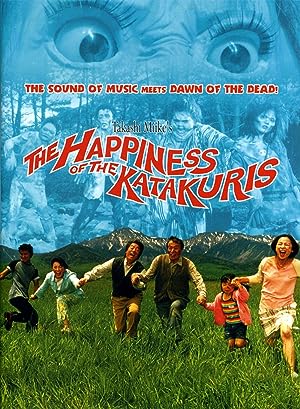 The Happiness of the Katakuris (2001)

Summary: A pioneer of a man convinces his family to take advantage of news of a road soon to be built through an area of the country that can be had for next to nothing. He, his aging, but wise father, his loving and loyal wife, along with a slow-to-persuade son and a divorced daughter with toddler in hand who also happens to be the narrator, bravely move out to this new space and open a bed and breakfast. They make the place everything anyone could want, as they have so much time to work on it, since no one is making reservations to stay there. Eventually, the customers come…but each one dies while in their room and the family is trying to get rid of the evidence a.s.a.p so as not to ruin their reputation before they even get up and running. One thing leads to another and the bodies have to be moved.